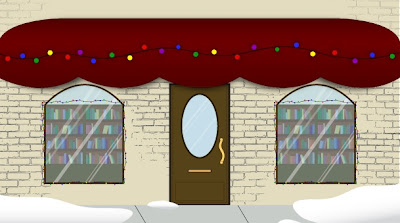 Because I didn't post on Thanksgiving, I have a s**t-load of news this week. Something for writers, readers, movie lovers, EVERYONE. Before I get started, though, hope you all had a good holiday. Time to catch your breath before the Christmas/Hanukah madness begins. And when you're making those gift lists, remember books and shop your independent book stores. This link will help you find an indie near you. As for me, here in Denver it's the Tattered Cover and in San Diego, Mysterious Galaxy. Both of which just happen to have signed copies of my books if you're looking for stocking stuffers....Just sayin'

First up-- some news for the script writers among us... A contest to check out.

Amazon has launched Amazon Studios, inviting filmmakers and screenwriters to submit full-length movies and scripts to compete for monthly and annual Amazon Studios Awards. The company said it will offer a combined $2.7 million during a year's worth of monthly and annual contests for best scripts and movies, and will seek to develop the best projects as commercial feature films under a first-look deal with Warner Bros.  For the 2011 Annual Awards, Amazon Studios will give $100,000 for the best script and $1 million for the best movie submitted by December 31, 2011.

To be eligible for the first monthly awards, test movies and scripts must be uploaded by January 31. Winners of the first monthly awards will be announced near the end of February--$100,000 for the best full-length test movie and $20,000 each for the two best scripts.  The initial Amazon Studios industry panelists are Jack Epps, Jr., screenwriter and chair, writing division of the USC School of Cinematic Arts; Mark Gill, producer and former president of Miramax and Warner Independent Pictures; screenwriter Mike Werb and Michael Taylor, producer and chair, production division of the USC School of Cinematic Arts.

Under the Amazon Studios development agreement, if a filmmaker or screenwriter creates a project with an original script and it is released by Amazon Studios as a theatrical feature film, the submitter will receive a rights payment of $200,000; if the movie earns more than $60 million at the U.S. box office, the original filmmaker or screenwriter will receive a $400,000 bonus. If Warner Bros. chooses not to develop a particular project, Amazon Studios can produce it in cooperation with another studio.


So you want to write a novel...the conversation we writers have all had at one time or another.

And briefly, news that probably isn't anymore- The New York Times will now rank E-Book sales.Now, if they only included all those pirated downloads out there, a lot of us would make that damned list!!!

Now for some media news.
The Good -


Dr. Who, A Christmas Carol on BBC America Christmas Day
The Bad - 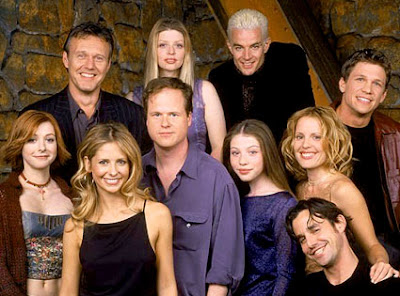 OMFG - Worst Idea Ever? Buffy the Vampire Slayer Is Getting a Reboot—Without Joss Whedon

After years of fans hoping Joss Whedon's incarnation of the Buffy-verse might make it to the big screen, Warner Bros. has just offically announced they're doing a "reboot" version of Buffy, without any apparent involvement by the original creative team for the movie or TV show, including the man considered the end-all be-all Buffy mastermind, Whedon.

This grisly little video -- an online viral for Blomkamp's next film? Seems like it, right? Check out the video below (courtesy of Slashfilm.)

The Ugly - From Fandango 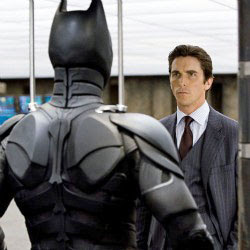 This isn't exactly surprising news since we figured Christian Bale and some of his Batman co-stars were signed to a three-picture deal from the get-go, which means The Dark Knight Rises will put an end to their commitment to this franchise. But while promoting The Fighter over the weekend, folks wanted to hear it straight from the horse's mouth. When asked whether this would be the final Batman movie for him, Bale responded, "I believe, unless Chris [Nolan] says different, this will be the last time I'm playing Batman," later adding, "Until Chris tells me, I don't believe it, It's gotta be from his mouth, or else I don't really know." 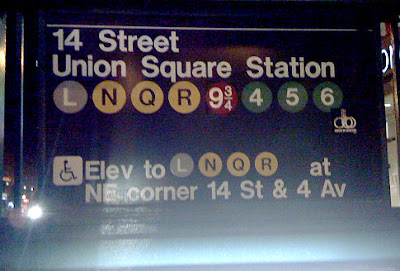 Stand clear of the closing doors, please... muggles! Alert subway riders in New York may notice a timely addition to the city's transit system. The Daily News reported that "an enchanted symbol has appeared on a 14th St. Union Square subway sign--one that any Harry Potter fan will recognize as a clever nod to the boy wizard's magical world: a maroon circle emblazoned with the mystical number 9 3/4." The next stop is Hogwarts.

And here is the third teaser trailer for HBO's upcoming fantasy series Game of Thrones, which is based on the books by George R.R. Martin, and is now filming in Ireland for a 2011 premiere.

Trying to decide between the Nook and the Kindle?

Time magazine offered a comparative review of the two devices and concluded they "are different enough that choosing between them isn't a head scratcher. If you want a monochrome E Ink screen, absurdly long battery life and the option of 3G wireless so you don't need to hunt for a wi-fi hotspot, buy a Kindle. If you crave backlight color and a touch interface, don't require 3G and don't mind charging up your gadgets every couple of days, get a Nook Color. I like 'em both--and I don't see either being rendered obsolete by pricier full-strength tablets any time soon."

# # # #
And one last thing. MadNorweigan Press sent us the table of contents for the upcoming book, Whedonistas . Here's the complete listing of contents. This has to be a must for any Whedon fan, she says modestly.

Seanan McGuire: The Girls Next Door: Learning to Live with the Living Dead and Never Even Break a Nail

Nancy Holder: Ramping Up for a Decade with Joss Whedon

**Jeanne C. Stein: My (Fantasy) Encounter with Joss Whedon (And What I’ve Learned from the Master)** :-)

Sigrid Ellis: The Ages of Dollhouse: Autobiography through Whedon

Laurel Brown: Smart Is Sexy: An Appreciation of Firefly’s Kaylee

Elizabeth Bear: “We’re Here to Save You”

Mariah Huehner: Imperfectly Perfect: Why I Really Love Buffy For Being a Pill Sometimes

Lyda Morehouse/Tate Hallaway: Romancing the Vampire and Other Shiny Bits

Sarah Monette: The Kindness of Monsters

Racheline Maltese: Late to the Party: What Buffy Never Taught Me about Being a Girl

Meredith McGrath: How an Atheist and His Demons Created a Shepherd

Jamie Craig: Older and Far Away

Teresa Jusino: Why Joss Is More Important Than His ‘Verse

Jenn Reese: Something to Sing About

Emma Bull: Malcolm Reynolds, the Myth of the West, and Me


PS From Mario: His sister is trying to raise money for a sports program for kids in the impoverished areas of Austin Texas. You can check it out and vote here--