In my ongoing effort to save you from studio horror movies cobbled together from the compressed shit of Hollywood burnouts, I bring you alternatives to OUIJA! #insteadofouija 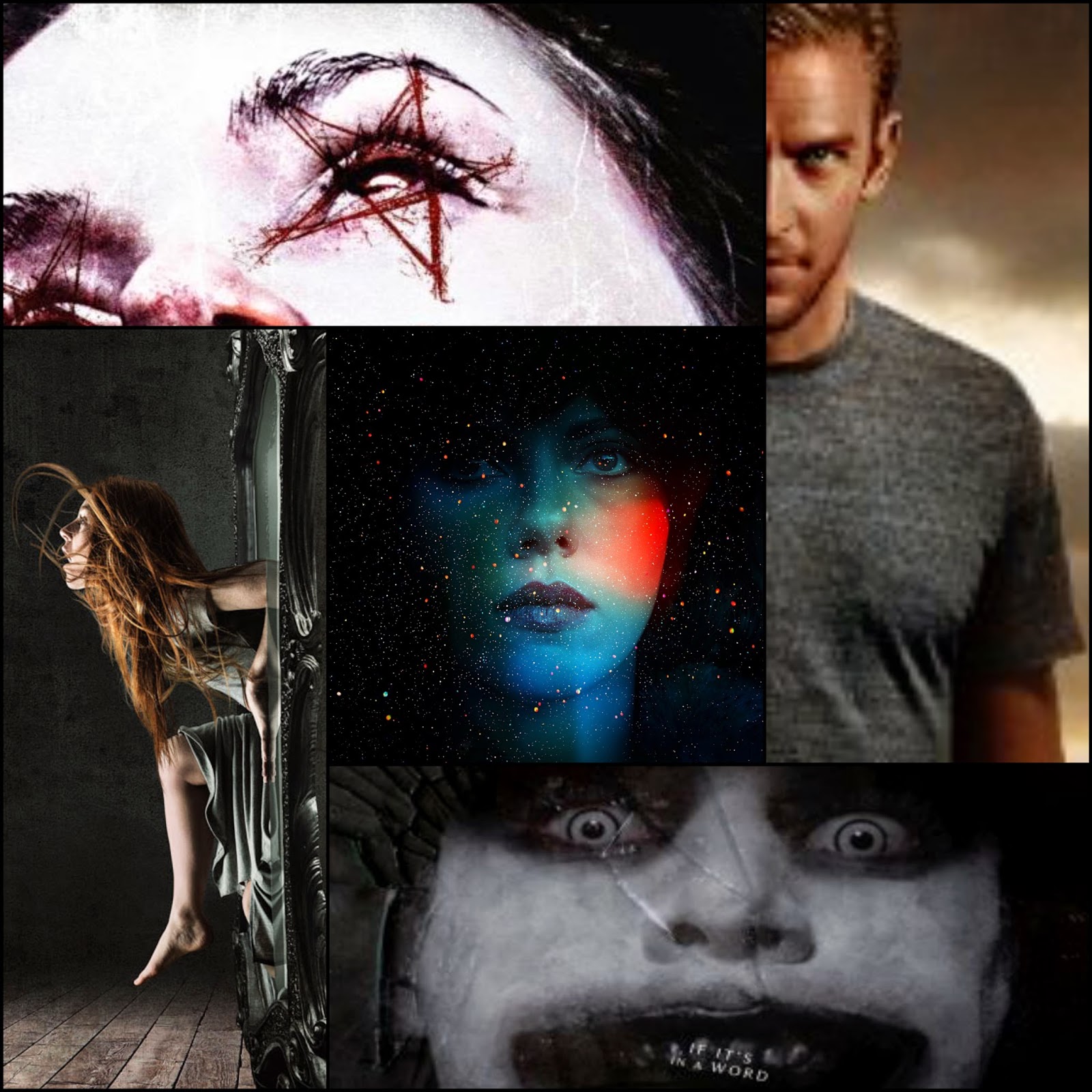 OUIJA has hit DVD/VOD and there's nothing we can do about that but don our gas masks, hunker down and pray for dawn. A horrifying prospect, but at least we can be entertained while waiting for the fallout to subside.

Here's a few fantastic 2014 horror movie releases to make you feel like the world is still worth living...

OCULUS seems to be a secret to this day. Despite some great buzz and a truly inventive style of storytelling, bouncing back and forth in time so fast the audience is left in a constant state of unease. The story wraps itself around a rapidly deteriorating family relationship brought to the brink of insanity by the presence of a haunted mirror. And that's where things get weird. The acting is pretty above average and the horror set pieces are jarring. OCULUS wasn't my favorite film of the year, by far, but it's one that I respected more as it went on to linger in my memory.

While not technically a horror film, THE GUEST, Adam Wingard's follow-up to the immensely entertaining YOU'RE NEXT, steps in line behind other "Oh shit, we let the wrong person in our house" flicks. Dan Stevens flushes his genteel Downton Abbey-esque manners into the shitter to reek havoc on Bumfuck, Nowhere (Think The Stepfather if he had Rambo's pedigree). What's interesting about Wingard is how he plays with genre. The film is basically a thriller thrown in a blender with some conventional horror trappings and is entirely successful.

STARRY EYES showed up late to the party. I'd already crowned my clear winner of the horror movie of the year award (coming up) and was surprised to find this little indie nugget sneak in under the wire. I love a slow creepy build (ala HOUSE OF THE DEVIL) and STARRY EYES plays out in a very similar way. Set amongst a thoroughly disenchanted group of aspiring actors and filmmakers, our bored and desperate heroine will do anything--ANYTHING--to catch a break. The results are brutal.

We went into UNDER THE SKIN pretty much blind. I'd heard that this director was touching on some of Kubrick's technical milieu and that always has me interested but I wasn't expecting the quiet horror of this film. And quiet it is, there are long stretches without any dialogue whatsoever. Scenes of Scarlet Johansson driving around Glasgow with the deadest fisheyes, truncated by some horrific scenes in the infamous "Black Room." You'll know what I mean when you see it. Ultimately, the film is an examination of what it means to be human (UNDER THE SKIN, so to speak), to be touched by pain and suffering...but with ALIENS!

Jesus, Mary and Joseph, I'd heard rumblings of THE BABADOOK rising off the various film festivals like that blurry heat vapor off a summer blacktop, but when it came time to watch it, totally unprepared for it! First things first, if you're a jump scare-type (the lowest common denominator, in my opinion), then THE BABADOOK isn't going to be for you. There's a lot going on in Jennifer Kent's astounding debut horror movie. It's as much a film about the devastating impact of grief and loss as it is a monster in the armoire flick. But when the monster does appear (in shadowy glimpses), its presence is jarring and meaningful. Yep. Meaning. There's lots of MEANING. THE BABADOOK may do that unheard of thing in the horror genre, it makes audiences think. Probably the reason it hasn't taken off here. BURN!

There you go! What were some of your favorite horror films of the past year? (If you say ANABELLE, you're dead to me). I'm always available to chat about the horror genre on twitter @mark_henry.

Sam said…
At MyAssignmentHelp, we certainly value what our customers believe about our online assignment help service; as for that specific reason, delivering quality assignments on time is our first priority.
February 17, 2020 at 2:04 AM

Paual James said…
I'm giving a testimony on how me and my fiance became a vampire. This was how i and my fiance became Vampire, I was browsing the internet searching on how i could be transformed. When i came across the email of a man named Lord Mark. who was a VAMPIRE so I told him that I and my fiance has always dreamed of becoming a VAMPIRES so he asked me my name, country, State, address, photo, etc. and asked me to contact the market of spells for the Hindu materials required for our transformation. So I did and he said that a vampire will be assigned to guide us and direct us on how the items are to be used. After five days I and my fiance was totally a vampire. if you are interested in becoming a vampire, contact him for more information on how you could also be transformed. Email: jamessuccessfultemple45@gmail.com