Rather than give a full update about the AAD con, I'm just going to focus on a few of the more interesting shenanigans. (And with so many Leaguers out and about, you know there are some good ones...though I'll only mention the ones I was involved with, including eating a place that served...Clover Weenies. Pure Beef Pleasure, yo. And yes, that *does* say that "select members of our staff are available for private parties" under there. Feel free to use your sordid imagination any way you like. ) 1) Cupcakes - League friend @Zombie_Joe was awesome enough to show up with some home-made themed cupcakes. Mark Henry and Jaye Wells each got a set...as did I - specifically known as the HornyCorn. (Made with corn and pig candy, no less...pretty much a perfect combination, all the way around. And yes. Horns.)


2) Red Dress Race. Nothing to do with AAD at all, but there is still something surreal to see thousands of people drunkenly staggering around the French Quarter wearing nothing but red dresses. All day. 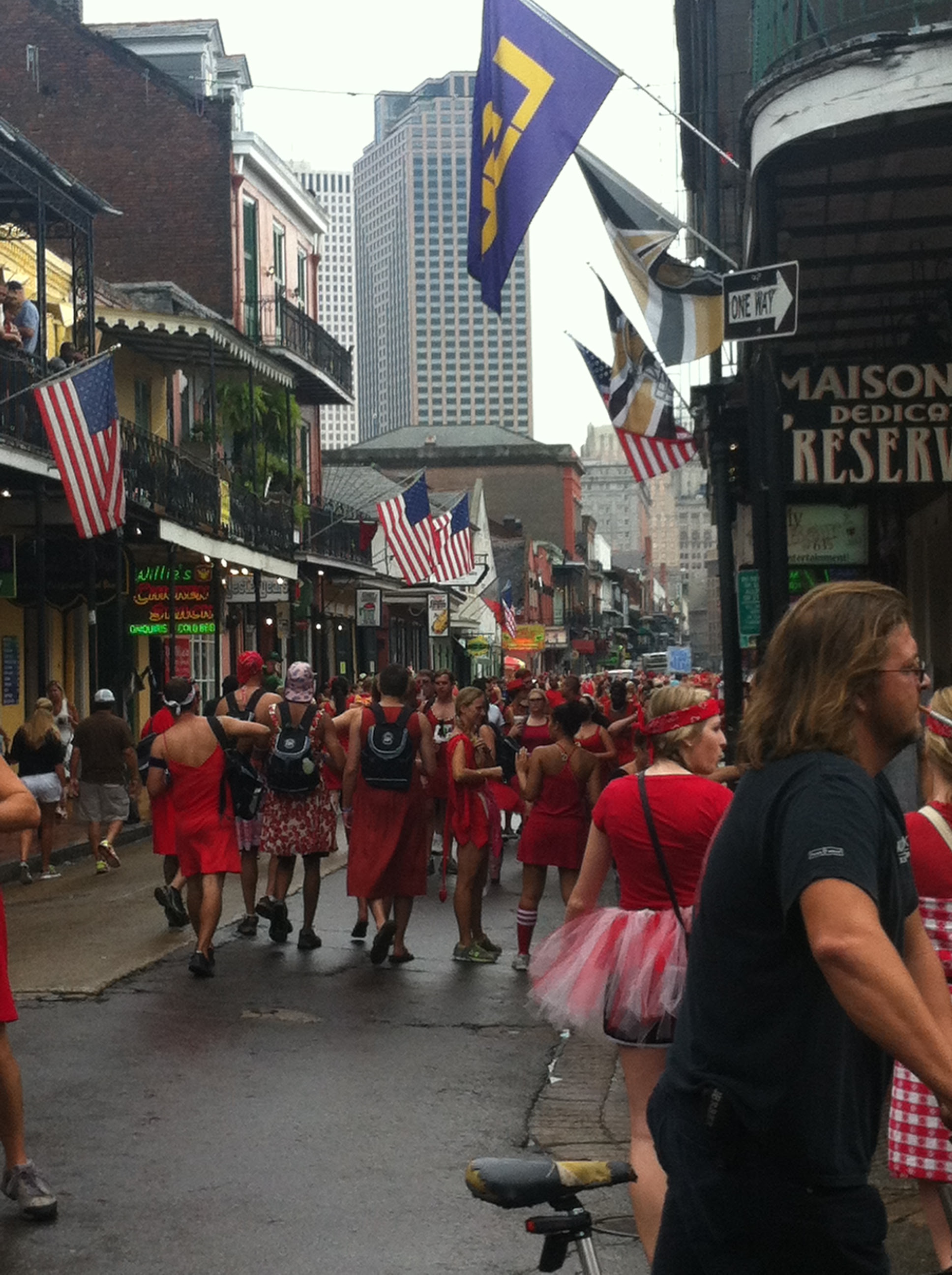 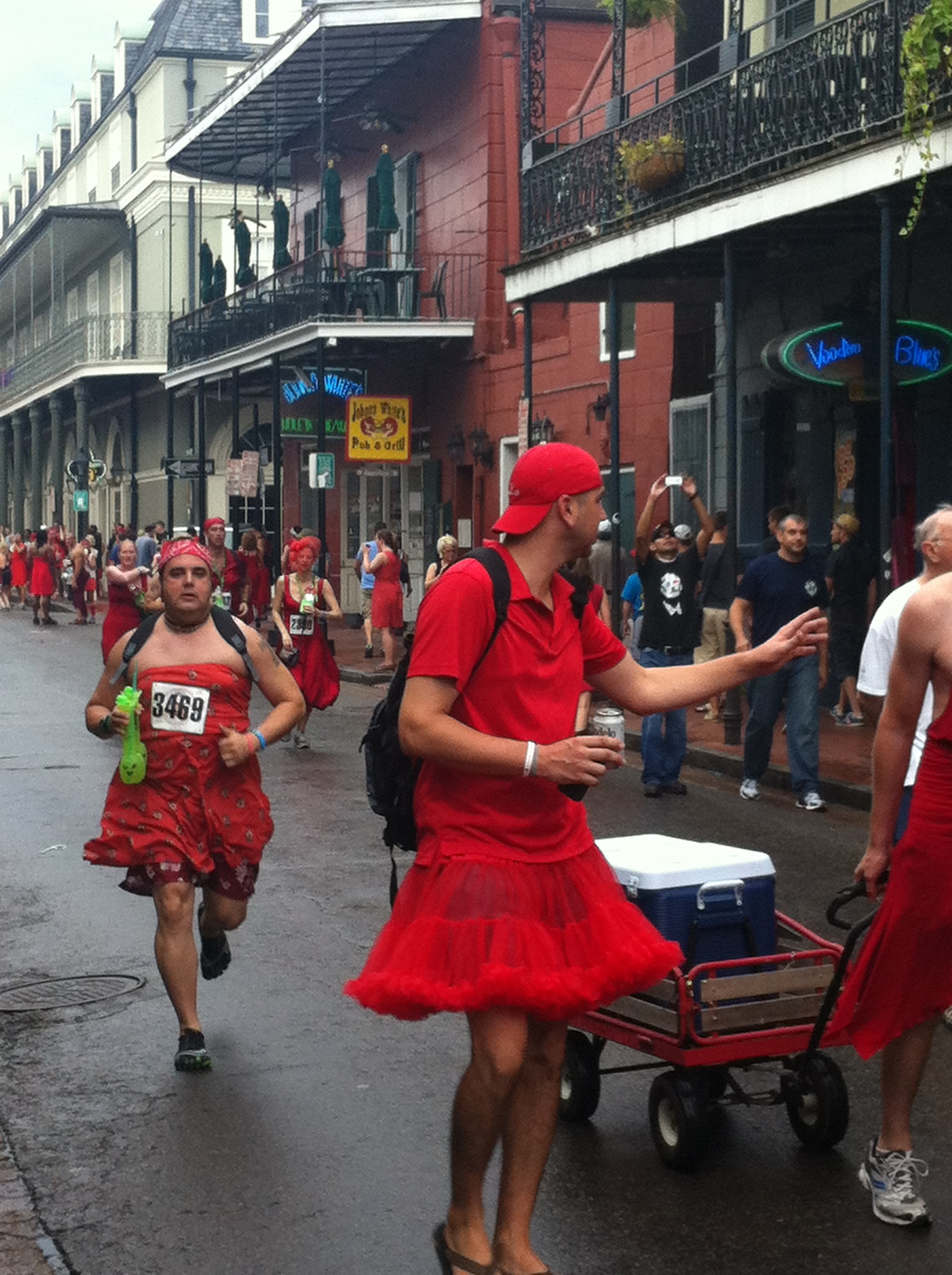 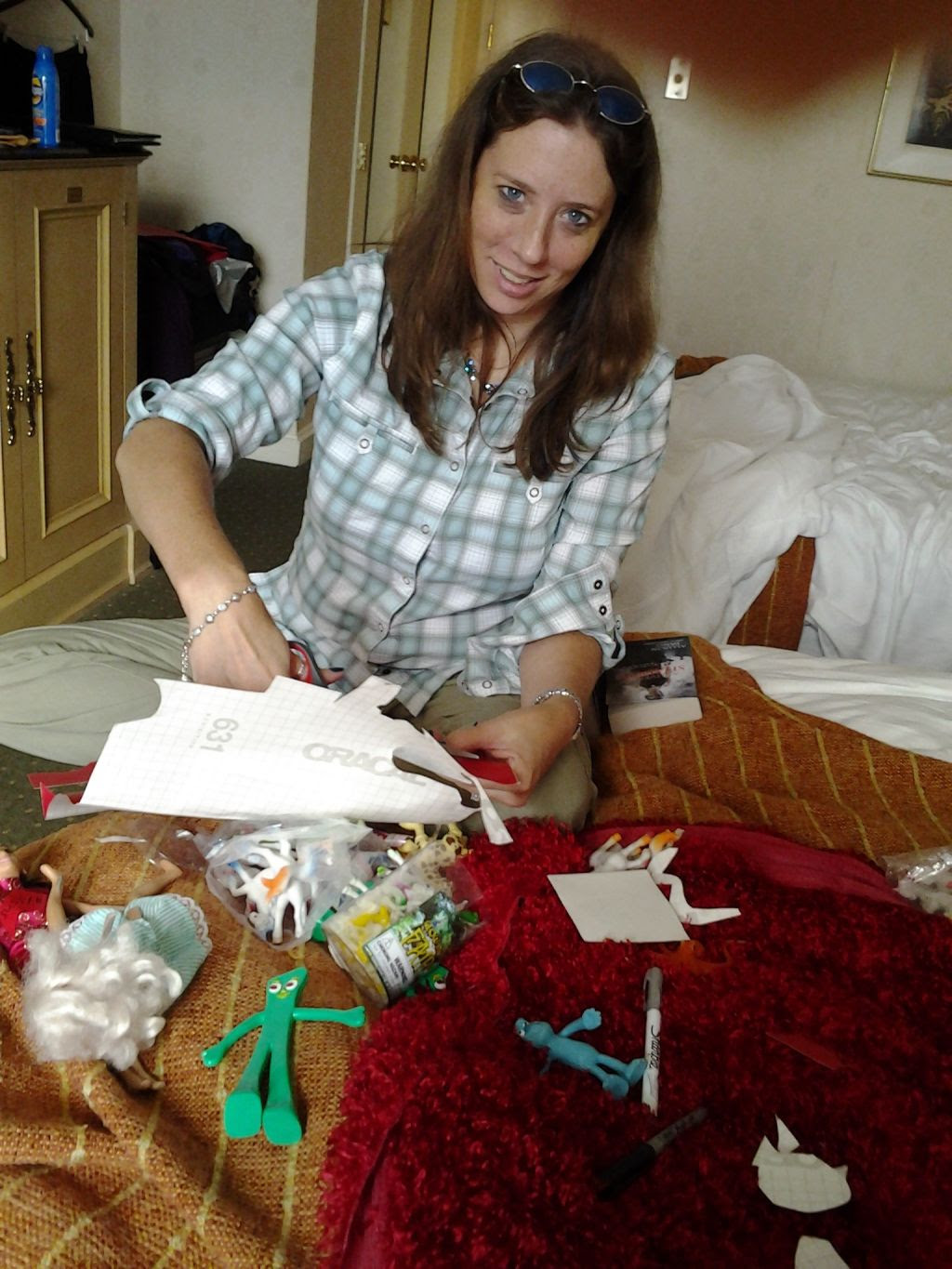 3) And last is the centerpiece that Carolyn Crane and I put together for our table for the Friday night banquet. We had many idea, some of which did not happen simply due to being unable to find certain things (apparently no pharmacy in NoLa sells ribbon. Or scissors. Or silver sharpies. Hello?), but we did the best with what we could. And this is what we came up with... (and yes, I'm cutting out a paper penis there. Because that's how I roll. We glued them to the bottle. Which was full of glow-in-the-dark fairies)


A few additional shots below. Yes. Gumby is getting railed by a Monsters Inc toy. Because of reasons. 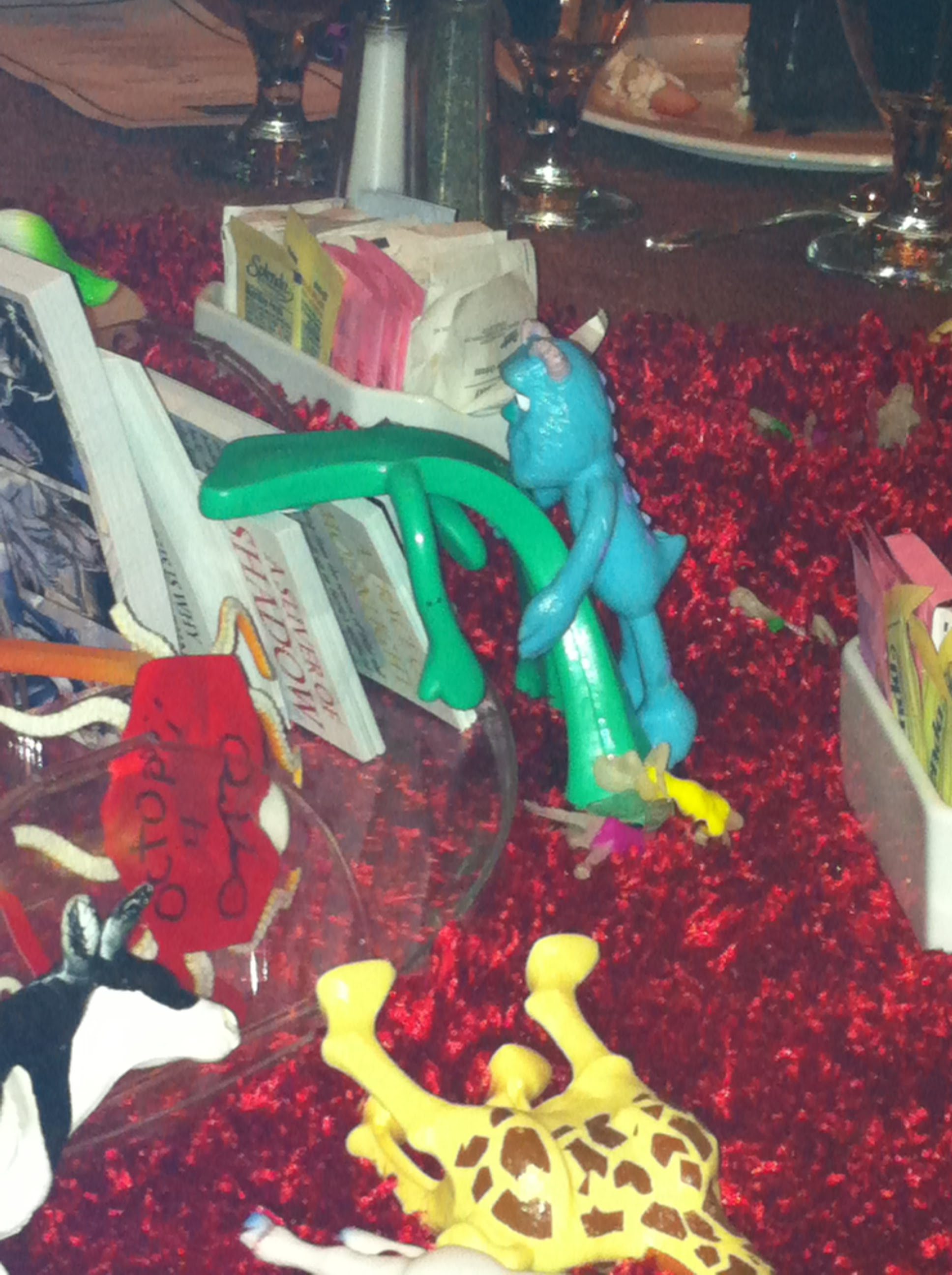 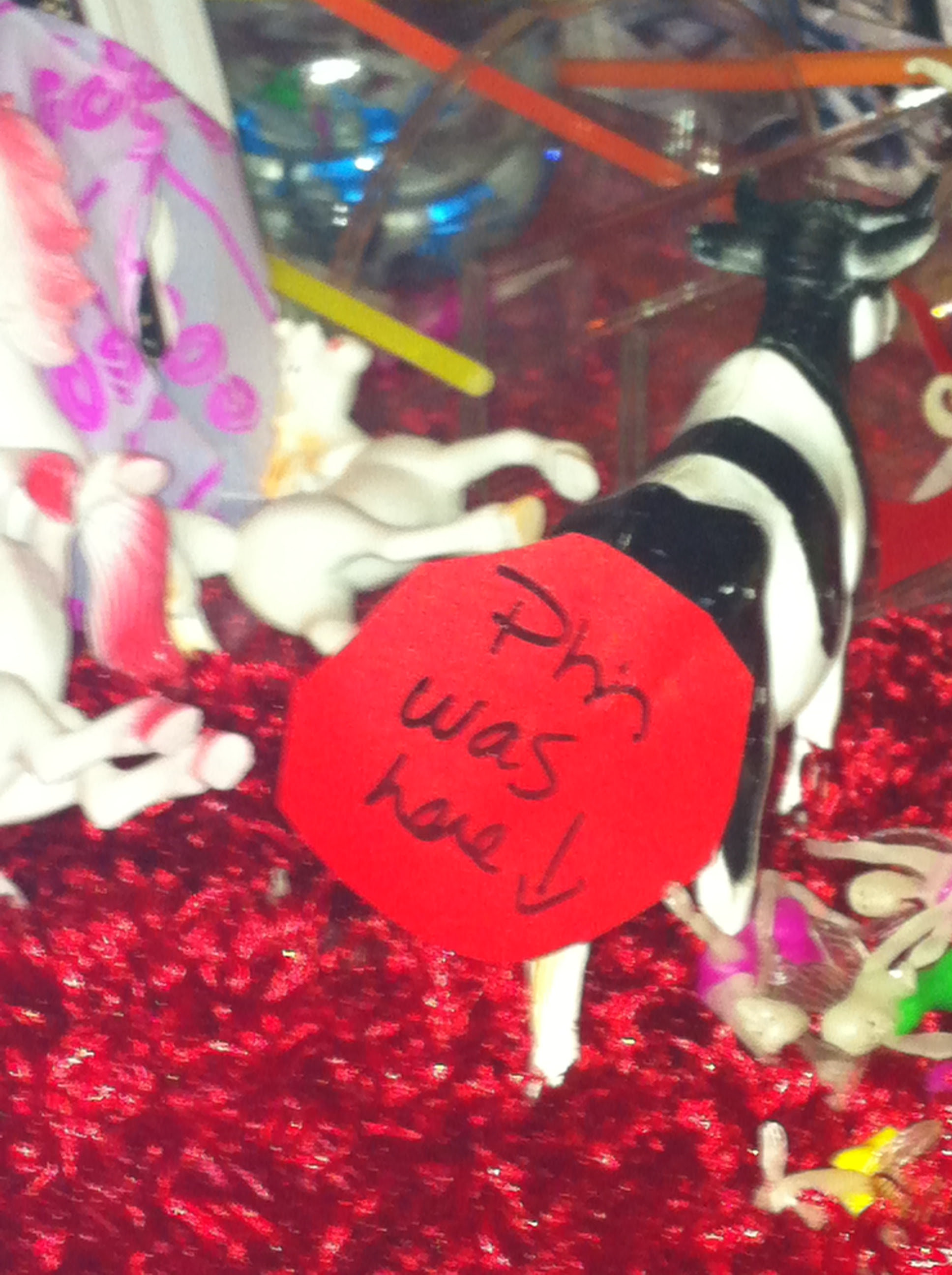 BEACH BLANKET BLOODBATH hit the streets over the weekend, two days early (believe me, I was just as surprised as anyone). And it's already hitting the lists (#12 in Satire, #55 in Urban Fantasy).

Zombie socialite, Amanda Feral, and her undead friends, Wendy and Gil, shamble into an idyllic seaside village for an event promoting Amanda's memoir, HAPPY HOUR OF THE DAMNED and, as usual, to get some rest, relaxation and consume cute coastal townsfolk. As is their unique luck, plans are derailed when they become embroiled in a gory mystery at the Miss Sand Flea Pageant. Beset with perky, sinister go-go dancers, the inevitable wereshark attack and an annoying octogenarian writer, Amanda must, once again, take time out of her busy schedule of critique and ridicule to solve the crime and save a local bookseller from ruin.


To celebrate the…
Read more