By Kat Richardson - March 15, 2011
This is me with my didactic writer hat on (cross-posted from my main blog):

So... this past weekend I was at the Rainforest Writer’s Village writer’s retreat out on the Olympic Peninsula. I’d never been to a writer’s retreat before and this was kind of interesting. Because this was my first time and because the organizer had prodded me firmly with a virtual poke, I had agreed to lead a couple of discussions. Or workshops. Or something like that. It was pretty casual. And I said I would because that’s what you do when someone reminds you that people did such things for you when you were a newbie and “paying it forward” is good karma.

So, arm properly twisted (but not very far) I said I’d talk on a couple of topics that I’ve been poking at a lot lately: Voice and Setting. Not together, but as two separate occasions. So let me start with Setting... (with apologies to Don McQuinn who first kicked my ass about this and as a result the setting in the Greywalker novels became almost a character in its own right.) I try to use settings that enrich the plot and create some opportunity or context which I might not get otherwise. For any story—be it yours or mine or someone else’s—setting is not just where things happen; sometimes it is why they happen, or how they happen; or to whom they can happen.

Setting, to be didactic, informs both plot and character. So what the hell does that mean? Well, it means that where something happens—be it a single scene or a whole story/novel/play/movie/game—determines many plot possibilities, closing some and opening others. Where a story takes place also reflects, highlights, isolates, or molds character. Setting erects barriers or knocks them down; it brings people together or tears them apart; and it can provide emotional and historical/backstory context. All of these enrich the plot and characters and move them forward in dynamic and interesting ways. Even a simple scene should be set with an eye to character and plot and even a seemingly innocuous location can be rife with tension and challenges for your plot and characters. The setting doesn’t have to be fantastical. It can be historical or imaginary or part of the contemporary world. It can be material or allegorical or both. What it must be is important, not just some place you pulled out of a hat or used because it’s familiar and convenient. This does not mean it has to be exotic, however.

For instance—and to borrow from McQuinn—without the rugged and isolated landscape of Wyoming, BROKEBACK MOUNTAIN is just a chatty lit romance about a couple of gay men who meet and part. If it took place in New York, the characters would be different people and their affair and its long-term impact on their lives might be nothing unusual; the story might never happen at all. But when it’s two men in traditionally masculine, “man’s man” roles that only really come to fullness out in the harsh and lonely wilderness of the plains and mountains, alone, dependent on each other for safety, and suddenly drawn to each other in a way that is anathema to the society from which they come, the story is quite a bit different and its bittersweetness becomes inevitable. The landscape becomes allegory and challenge, it also provides license for the characters to do what they would never do in the glare of their “normal” lives. The characters defy the expectations inherent in the setting and only then does the plot—and its inescapable challenge to the characters and the reader—become possible

So this is setting providing a challenge and a taking a role in plot and character development—this specific example is Setting at the macro level. Setting also works on a smaller scale, in individual scenes—on a micro level. One example from the weekend came from a writer who was sending her protagonist couple into the bedroom. She doesn’t need to describe the bedroom very much—we all know what a bedroom looks like in a middle class North American home—and she doesn’t need to go into detail about why they are going there because we all know what people do in bedrooms. But if the writer sends the couple to the bedroom and suddenly the female character is looking at the bedspread and thinking it really needs washing... the emotional feel of the scene has changed because the writer has fucked with your expectations of what happens in bedrooms. The bedroom is no longer the place to retreat for rest or sex. It’s now a disjointed place where the dirty bedspread is more comforting than the thought of the bed beneath it. The context of the bedroom has changed and thus the emotional development of the scene has changed, too. There’s nothing remarkable about that bedroom until the moment when the linens take center stage.

Now, you could think it was just a bad scene, but what if the couple doesn’t go to the bedroom... what if the same scene which would have happened in the bedroom with its distracting comforter took place in the basement, or the living room, or the garage...? Once again, the setting changes the impact of the whole scene. Even if the characters say and do the exact things they said and did in the original scene, context has changed. The characters are revealed in new ways and the plot has an opportunity to twist beyond what might have happened in the bedroom between two consenting adults.

Every place your characters go either tells the reader something about them or moves them into emotion or action that could not happen elsewhere/elsewhen.

How your character reacts to a place tells a lot about them. It also gives you, the writer, a chance to expose their past and their emotional/mental state. A character returning to their childhood home after decades away will react differently to a place where he was happy than to one where he lived in fear, or where once-happy memories were overturned by later violence—or vice versa. The emotional context of the place will have a profound effect on what the character feels, thinks, and does.

Setting also challenges characters. If the landscape is rough and difficult to travel over, whether it it is rife with wonder or the stalking ground of lunatics with banjos and chainsaws, the progress of the plot has ample opportunity to go off in new directions or take alternate routes from the obvious. It also forces your characters to make choices, to take risks, to succeed or fail, and possibly to die. They are mentally and emotionally challenged as well as physically. They must do something more than they anticipated, something harder, and possibly more emotionally difficult. It doesn’t have to be the road to Mordor, so long as the setting represents the unknown or the impossible to the character. The setting can be lovely and inviting, or completely ordinary, but so long as it holds a secret or a challenge to the character, it offers the writer opportunities for character revelation and change as well as plot complications and advancement—there’s nothing quite like a giant sinkhole or massive gridlock to change plot direction.

Don’t let your setting be just a boring back drop. Make it work for your story. Each character experiences a moment in a setting from a slightly different position both physically and emotionally than every other character. Where one is perfectly at ease, another may be terrified; where one is angry, another may be oblivious, or happy, or too tired to care. Let their differing knowledge, relationships, and responses add complexity and richness to your story. Let the history or physicality of the place provide context and plot challenges. Give your setting depth and your story will be better for it.
setting Writing

Anonymous said…
Excellent post. Settings are often ignored in favor of other details, but I like the idea of a setting almost as a character itself.

Dawn said…
You write so concise and clear! Such a fasinating subject you picked. You definitely (re)sparked my interest!!
March 16, 2011 at 4:37 AM 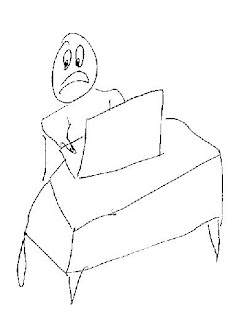