By Mark Henry - March 27, 2009
So here I was typing merrily along on my zombie novel when I was suddenly faced with a very important decision. There’s a dog in my book and he jumps into a horde of zombies… do the zombies go for him? 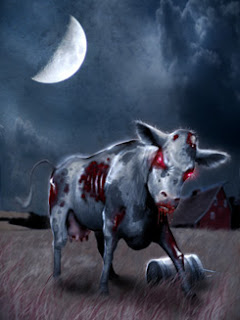 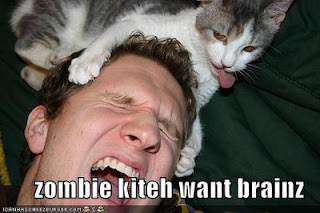 Naturally, because I’ll take any excuse not to write, this got me thinking. What would be the worst zombie animal? So I posed this question to friends and I have to give them props for some really creative and yet gruesome zombie animal ideas. First came the obvious: zombie cats but mostly cause they’re so ubiquitous. As has been pointed out before, zombie cats who can see in the dark could be danger. 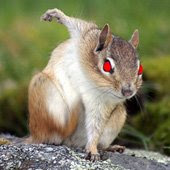 But as dangerous as zombie chipmunks?

Crafty, small, high pitched and capable of squeezing into small spaces. Thankfully, a slow moving chipmunk would be easy to mow down by anything with wheels. 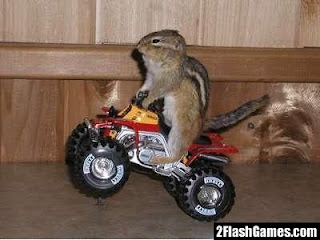 Then there was the suggestion of zombie tapeworms (though it was pointed out that they already eat human flesh so really, what’s the advantage here?) Zombie hampsters... 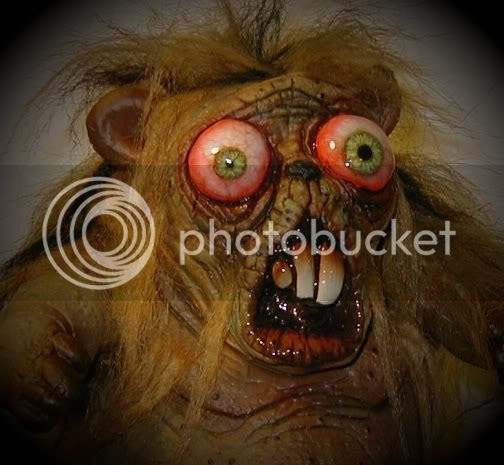 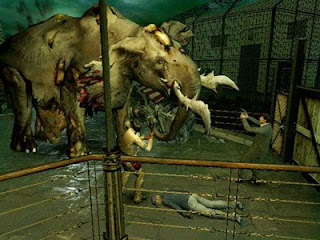 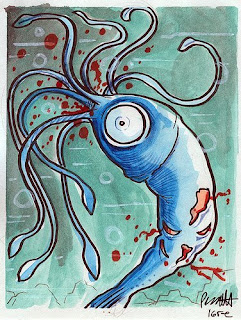 and platypus (what I wouldn’t give for a good zombie platypus picture)! 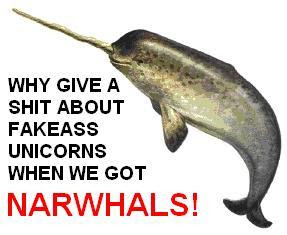 Me? I think the worst would be zombie narwhals. Sure you’d be safe so long as you stayed on land. But seriously, what could be cooler than zombie narwhals?

For real… they’re zombies and unicorns all in one. Nuff said.

So this leads me to the discussion point of the day, what is your most feared zombie animal? And how would you kill it if cornered by it in a dark alley? Extra points for pointing to a cool picture of said zombie animal!

Jackie Uhrmacher said…
Zombie bunnies. Bunnicula (though not technically a zombie) screwed me up at a young age and I've never been the same.

Anonymous said…
AFMBE had zombie cows in it, so when I wrote up an adventure for it, I had the zombie plaque originate with the zombie cows. The plaque spread through the town when I bunch of frat boys decided to go cow tipping and it all went horribly wrong.

Zombie cows are made of win.

Anonymous said…
Jackie, you really don't have to worry about the bunnies. Lets face it you could get a holy hand grenade. That should do the job. You might want to get a pair of these:
http://www.thinkgeek.com/homeoffice/gear/8148/

As to the worst animal zombie, probably anything that would get you flat on your back laughing your backside off. Lets face it, they wouldn't have to chase you as you'd be incapacitated due to laughter.
March 27, 2009 at 11:24 AM

Anonymous said…
My most feared zombie animal would be the Irish Elk. Their antlers can grow up to twelve feet long! Imagine a zombiefied gigantic deer running towards you. I'd probably start hemorrhaging in the left side of my brain.

But since these creatures are extinct, I would have to choose zombie ants. And I quote, "Ants are the only species besides humans that carry out wars and enslave their own. And by enslave we mean pulling out the ant whips and putting the other guy to work against his will." Imagine some of these critters enveloping you entire body (in places you thought no man/woman has went before) and then start munching down.

How would I kill it? Run into the nearest pool/basin of water/river you can find and pray the little buggers can't hold their breath as long as you. There are soap and pipe tobacco methods. But, who wants to mix soap water when they're writhing in pain?
March 27, 2009 at 2:02 PM

Nicole Peeler said…
Okay, that post was HILARIOUS. Damned near killed me. And my most feared zombie animal would be my dead golden retriever. He was really sweet and dumb, so he just wanted to be near everyone. Which is typical golden retriever behavior. Only he was also this bizarre combination of Macgyver and Harry Houdini, so NOTHING could keep him shut in or out. If you combined his size and his frightening ability to always get into/out of whatever he wanted, with a zombified hunger for brains . . . I shudder to think of the results.
March 27, 2009 at 2:06 PM

Jessica said…
Personally, I think either or both zombie pigs and zombie chickens. Let's face it, pigs will eat anything anyway and chickens are just freaking scary. Yeah...those would defintinely be my no no zombie aminals.
March 27, 2009 at 4:08 PM

Jaye Wells said…
I think I speak for anyone who's ever been attacked by this heinous creature---as I have-- would agree with my choice.

Anonymous said…
lol I love all the zombie animal suggestions! Anything zombie in the water would freak me out. I'm already afraid of water (in large quantities of course), so a zombie shark or something of that ilk would be pretty scary.
March 27, 2009 at 6:58 PM

circe said…
A zombie kitteh would still be pretty cute. But a zombie parrot would get quite annoying with all that "Polly wanna brain" malarky.
March 28, 2009 at 1:14 AM

Karen said…
My 14 yr. old says zombie mice because rodents have those constantly growing teeth and they can pretty much gnaw through anything to get to you. And they can swim. Imagine a horde of them. You wouldn't be safe anywhere. EEK!

For me, I think a zombie hippo would be the ultimate in scary. Since they've already proven that many believed crocodile attacks are actually hippo attacks (yes, they eat meat!), and the damn things can live on land & sneak up on you under water, I shudder to think of the effectiveness of them.
March 28, 2009 at 8:39 AM