By Mario Acevedo - March 01, 2011
This is my first blog under our new schedule, now in perfect harmony with the Zodiac and the League’s ovulation cycles (including my own).

And to demonstrate the clockwork synchronicity of this process, today I’ve started my new writing journal, numero ocho (I started counting in 2006). Everybody has a different way to keep track of all the details and notes, and I’ve stayed old school with spiral binders. Notice that some of them are decorated with the paper badges my publisher issued me when I visited my editor. 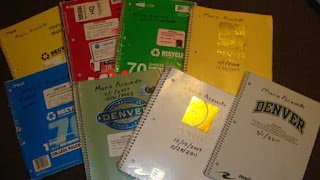 Shout out to my pal, Dakota Cassidy, who so breezily combines class and snark. Here she gabs book stuff with Louisa Edwards.

And the deputy overlord of the League, the alter ego of Mark Henry, spills his good news:

And since you’re here, check out my interview in Electric Spec magazine. If they’ve got cover art like this, you know you’re getting the creamy fudge center of the online fantasy cookie. 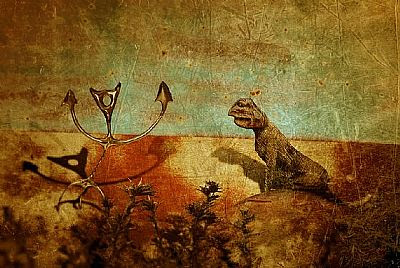 Once upon a time, there was a place called America. And in this America, almost every city had a neighborhood bookstore. Even my little town, sleepy dusty Las Cruces had a bookstore. Two of them in fact. One in the mall, though I don't remember its name. It was a small shop, had dark paneling and wooden bookshelves stacked with hardbacks and made me feel all cultured and learned just by walking in. My memories include the time in high school when I got dumped and I spent the weekend trying to understand the heartache by wallowing through the works of Hieronymous Bosch. That certainly brightened my spirits! 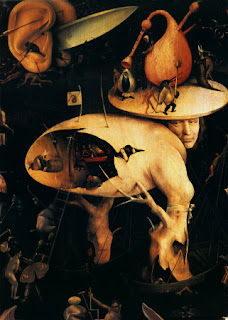 I was such a bookworm that my mom would call the bookstore (or the public library) and have them send me home. It used to irritate her that I spent so much time reading books. Too bad I didn’t have the wherewithal to tell her I wanted to be a writer! The other bookstore was Jon’s Newsstand and what keep me lurking there were those paperbacks with their educational covers. 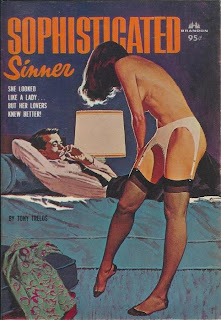 This is where Jon’s Newsstand used to be back when Las Cruces had a for-real downtown. 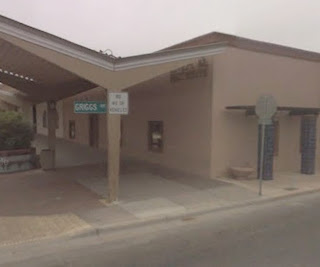 Years later I had the bad luck of living in Fresno, California, the armpit of America (both continents). The place was such a dump, that even though a million people lived in the county, other than a tiny Waldenbooks in the mall, there wasn’t another bookstore in town. The one independent rented porn videos to make ends meet before throwing in the towel. When Barnes & Noble moved in, I was so happy that I’d hike the mile there almost every night just to surround myself with literature and culture. At the time I had such idyllic hopes for my future as a writer.

Fast forward. Now the state of the publishing industry kinda looks like this: 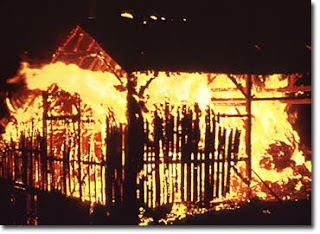 First the big chains stomped over the independents. Then came the Internet and that T Rex known as Amazon. The recession claimed my original publishing house, Rayo, within HarperCollins. Borders has gone bankrupt.

Then e-publishing arrived, which thrashed around for years before gaining its legs in erotica and now looms over the publishing landscape like the 50-foot woman. 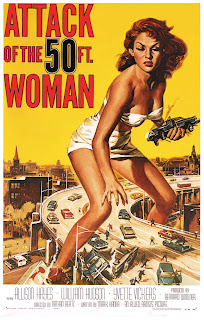 If you’re not at least on Kindle, then you as a novelist are dead. Barnes & Noble regrouped and pins its hopes on the Nook. A lot of writers, both published and unpublished, are wading into the murky waters of self-publishing online. Some are even making money.

But novels are still selling, unlike two other industries that have been smited mightily by the Internet. Who needs the Encyclopedia Britannica when you have Google and Wikipedia? A paper map versus GPS and Google Maps? You guessed it. In Denver, the venerable Mapsco cried uncle and shut its doors. 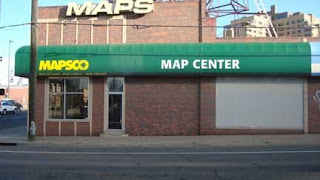 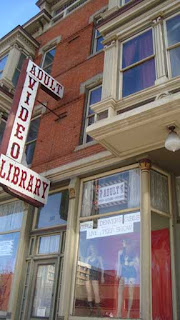 There’s a lot of handwringing about the future, but I know we writers can survive if we remain crafty and nimble. Keep swinging, baby. 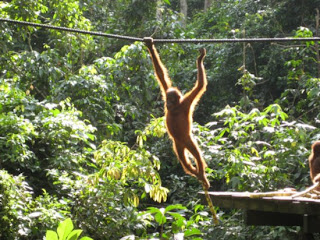 Carolyn Crane said…
Great post, Mario. This was really fun to read!
* scurries off to check out interview in Electric Spec *
March 1, 2011 at 6:05 AM

Bonnie said…
Great essay, Mario! I remember the "educational" covers of my favorite dime store novels too. Where else is a good Catholic girl going to get educated?
March 1, 2011 at 6:36 AM

Anonymous said…
I say blame cellphones, not the Internet! If everyone didn't have packaged electronics (PE) in their hands, they'd have (keep it clean...) BOOKS in their hands! Also blame said PEs for the decreased attenti

Hey, where DO you get all your blog graphics?

MONKEYS! Love monkeys! How can you NOT love monkeys?

Anonymous said…
There were a couple of pretty good used book stores in LC as well. I remember Dave's which also sold comics, situated on Main right around Madrid.
March 2, 2011 at 5:23 AM

Mario Acevedo said…
Thanks for the comments all. As for the graphics, some I make up, others I steal. Orangutans, yes!

Beth C. said…
Your comments on Fresno cracked me up. I grew up in nearby Hanford, and going to Fresno meant a trip to the big city. I remember going to that Barnes & Noble for the first time. I think I wandered around in awe for 30 minutes. It was like visiting a sacred place.
March 12, 2011 at 1:56 PM