The Confederacy of Nerds

By Kevin Hearne - December 07, 2011
The Confederacy of Nerds is a grandiose term for a few dudes who take off once in a while to do completely uncool stuff because it's fun. We are well aware that various unwritten codes of manliness dictate that we're supposed to like poker and sports and drive giant trucks, or perhaps hunt down unarmed herbivores with ridiculously high powered weapons, but instead we re-channel our aggressive impulses into role-playing games. Oh yes. We're that kind of nerd: the ten-sided dice kind.  D10s, baby. With faux marble surfaces. Aw yeah!

When the Man gets us down with his rules and schedules and stuff, we flee to a cabin in the mountains, stock it with beer and junk food, and fight some epic battles with periodic restroom breaks. We have this place in Pine, Arizona. Pine looks like this: 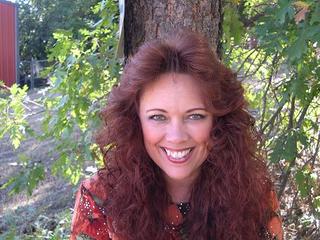 Except it doesn't have 80s hair. It just has a lot of ponderosa pine trees, and if you wish to stand in front of one for a picture or for archery practice, I can't think of a better spot.

We actually hang out in a cabin that looks remarkably similar to this one, with a deck and trees all around and stuff: 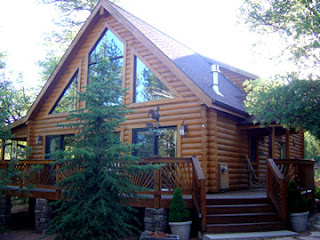 We smoke cigars and cuss a lot, and the two guys who work in IT keep talking about migrating shit to their Clouds, and the rest of us laugh at them. What nerds! And then the game playing begins. Lots of trash talk. Sometimes we play Warhammer roleplay, but this time we're playing a game called Hordes. One guy brings out his army of Trollbloods. They're awesome. They drink and smoke cigars and have muscles and kick ass, so it's the perfect wish fulfillment fantasy: 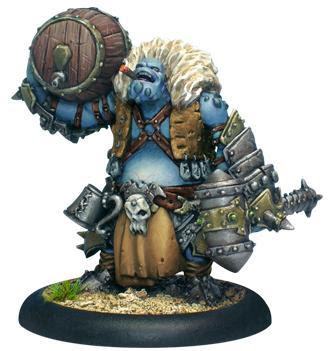 I have an army called Circle Orboros because they have some Druids in it. They also tend to have crossbows and really intricate armor. Here are a couple of Reeves checking out the troll:
So anyway, that's what I'll be doing this weekend. Friday is my birthday and and I'll be spending it geeking out. Can't wait! If you're in Arizona, by the way, I'll be cutting my nerdgasm short this weekend to join five other fantasy authors at The Poisoned Pen in Scottsdale at 2 pm on Sunday, Dec. 11. Come on down and grab some signed books for Christmas or whatever!

How do you geek out?

Anonymous said…
Ooh, that reminds me that I'm supposed to be geeking out this week by proofreading the D&D module my brother's writing for his friends! Gotta get on that...

Brenda Hyde said…
A don't geek out like you-- wow, that's cool, yet so geeky:)

I did just ask my husband if he had something in the garage he could take apart to supply me with gears. I want to make steampunk ornaments. I dream of a steampunk tree-- but probably not this year. I might have to build up to that!

Anna (VampChix) said…
Ah, how this post took me back to the good 'ol days of high school. Flyboy used to play role playing and tabletop miniature games, like Necromunda and Ravenloft. His group did the geeky thing all the damn time, constantly painting or creating something. I never played but many hours were spent watching or hanging out. We saved many of the miniatures and have passed them on to our son. He uses old Warhammer tanks for his action figures. Lots of geek-ish memories.

Now we just play the PS3. Well, he plays and I watch. Current faves are Arkham City, Warhammer, Alice and Assassins Creed. He wants Zelda and Skyrim for Christmas.

The best part about this post is that I grew up in Pine and spent many hours adventuring in the forest. I still love the sound of the wind moving through the trees and how dark it gets at night. Still love visiting and taking my kids up there.
December 7, 2011 at 4:58 PM

Carolyn Crane said…
That sounds fun, Kevin! Here's hoping you catch up with the beastie with the keg! Happy early birthday!
December 7, 2011 at 8:47 PM